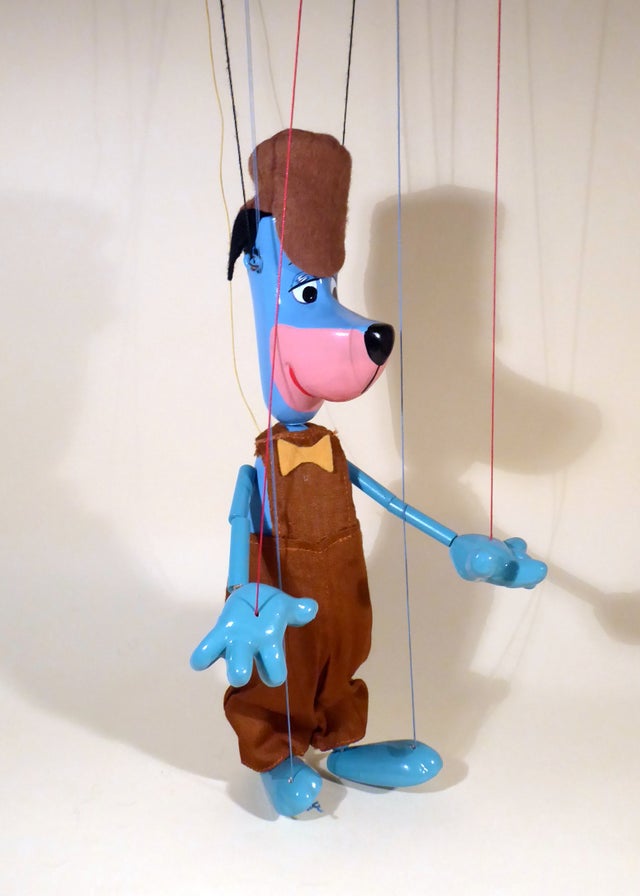 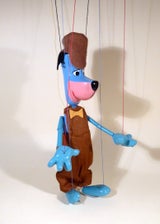 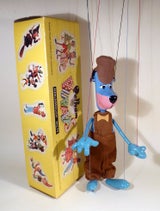 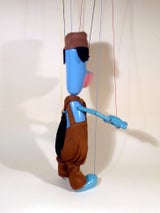 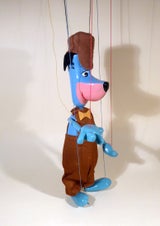 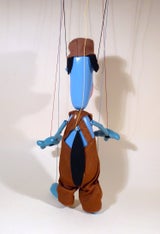 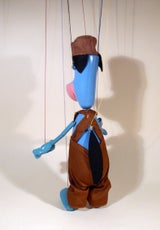 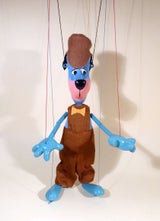 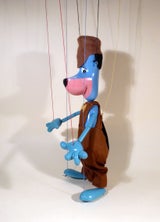 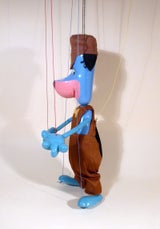 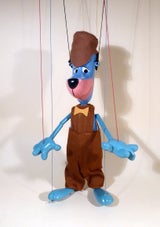 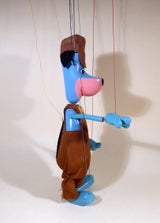 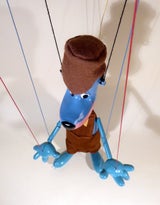 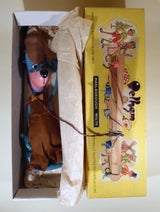 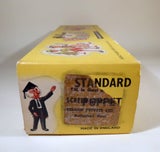 Type SL Huckleberry Hound, one of three Hanna Barbera characters created by 'Pelham' in the early 1960's. Yogi Bear and Mr. Jinx are the other two, Pixie and Dixie should also be included in the set.

Huckleberry Hound is in very good condition with good felt hat, thick black felt ears and tail. His bow tie is correctly attached to his dungarees, this is sometimes missing or stuck to his neck.

Paintwork is good, there is a splash of white paint on the top side of his nose from the factory probably, (a common occurrence).

The eyes are slanted, different versions are painted with differing styles.

Box has the correct name stamp faintly one end and copyright label stuck on the other end. It has some scribbles on the graphics.