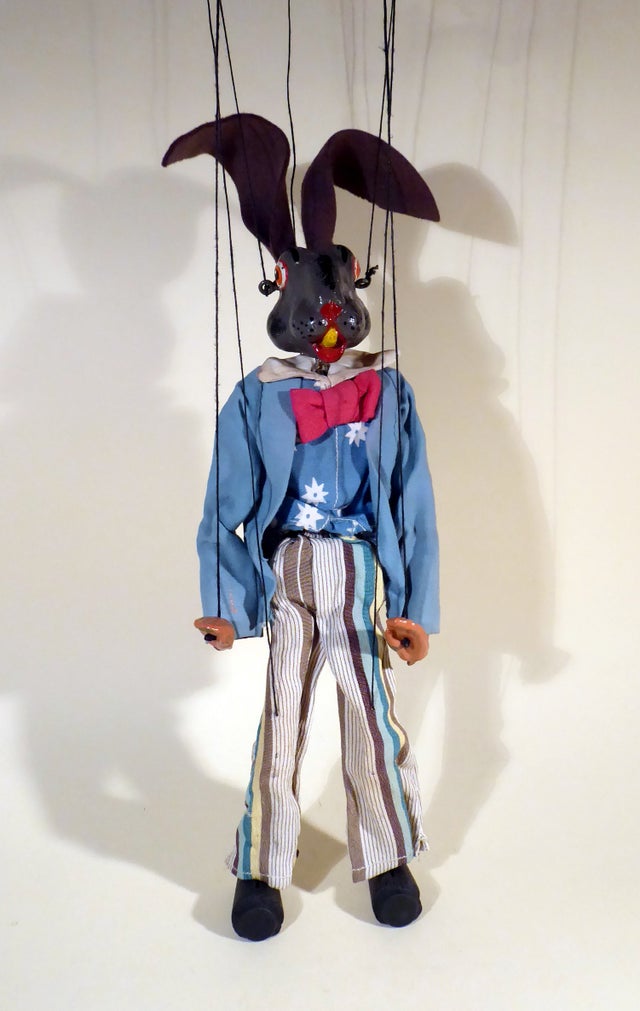 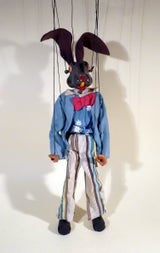 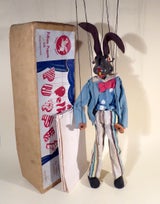 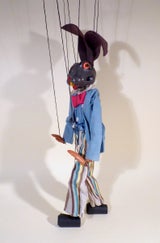 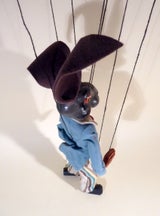 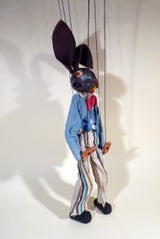 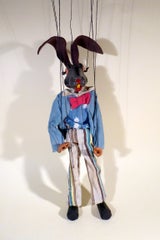 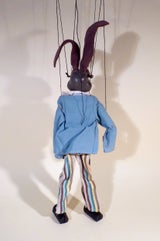 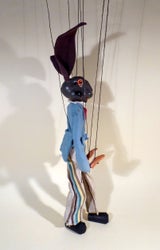 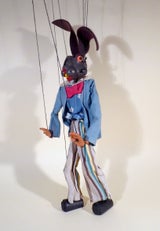 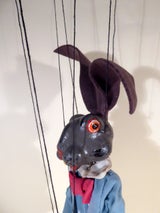 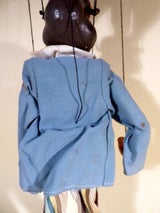 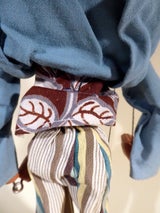 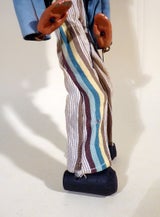 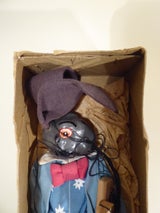 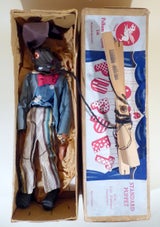 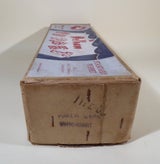 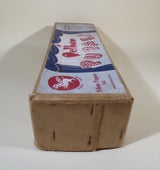 Type SL March Hare, from the Alice in Wonderland series.

The March Hare is a sought after character for collectors and this one is the grey version, he was also available with a brown head and ears.

Puppet is in good used condition with some general minor age wear and marks to the costume. The usual brown marks on the jacket where the screw eyes underneath have rusted slightly, see back photo of jacket.

There is also a small hole in the lower right trouser leg.

He has very thick velvety long ears which show no sign of ageing. They are a sort of taupe colour, somewhere between grey and brown.

The moulded solid head has no damage.

The box is stamped White Rabbit and has March Hare handwritten over.

It is in shelf worn condition.