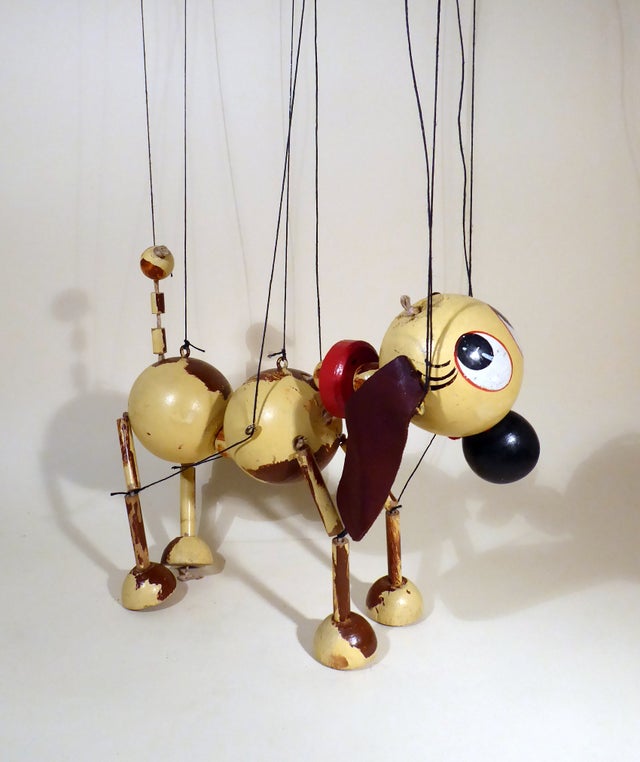 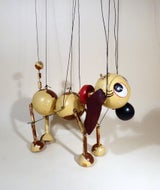 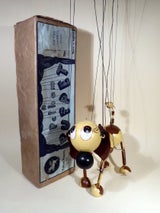 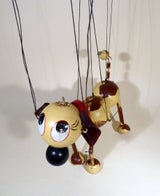 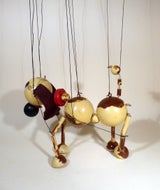 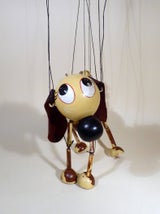 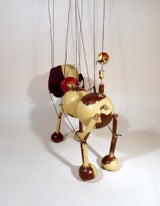 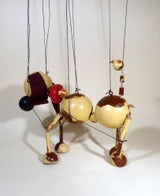 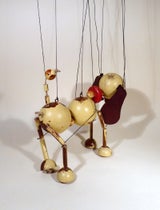 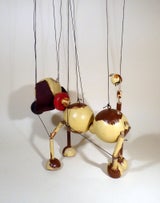 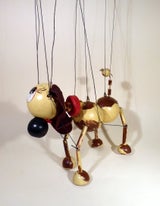 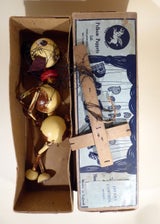 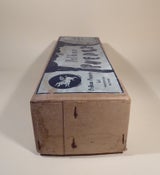 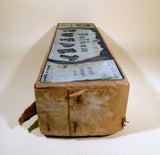 He is made from solid wooden balls and bamboo limbs.

This early version has the ears made of fine leather, later types had felt. The paint is a little scuffed on the eyes and limbs. The tail pieces could be tightened up to show less thread. There are no parts missing.

He has a red painted wooden collar.

The ears are aged and held to the head with a nail but also some hide glue which has come away.

Box is in poor used condition with Dog stamped one end.