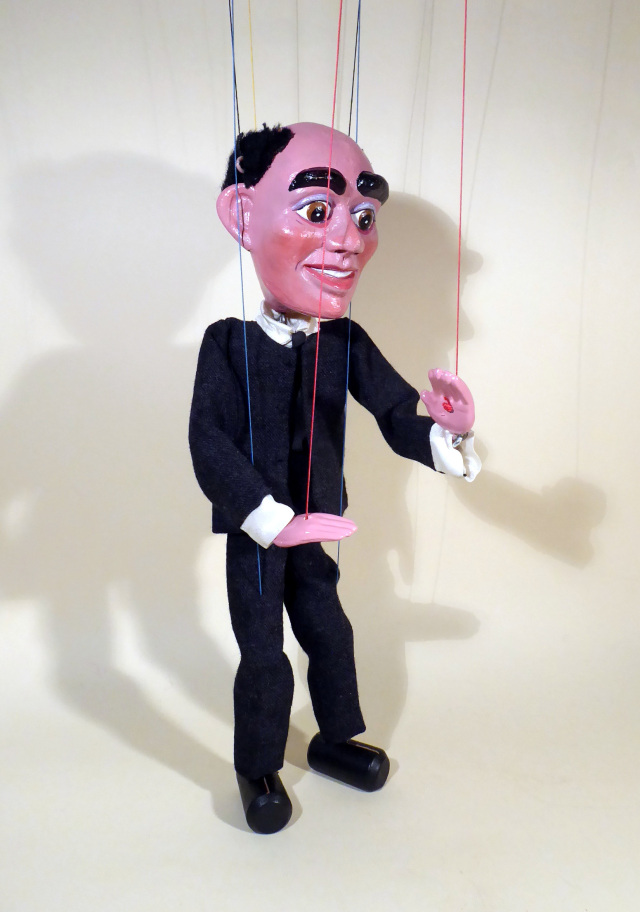 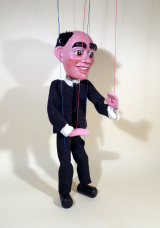 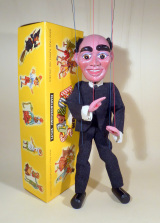 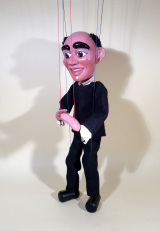 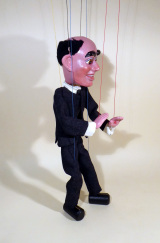 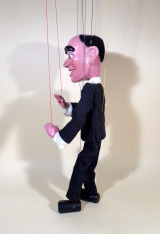 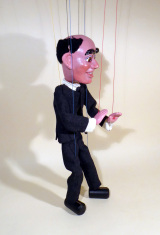 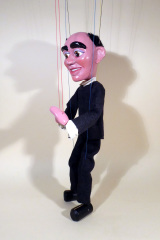 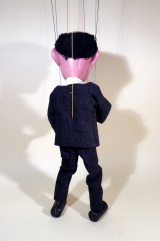 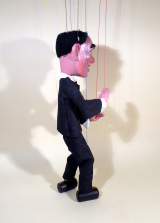 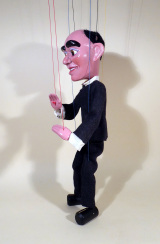 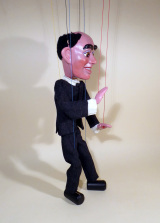 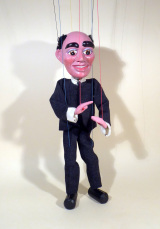 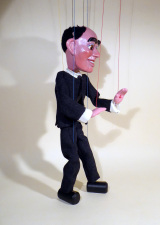 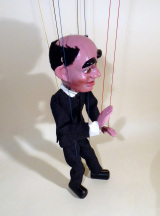 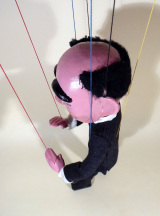 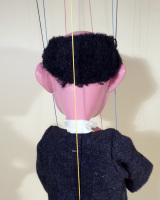 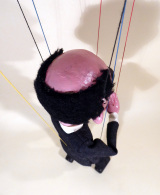 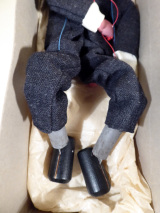 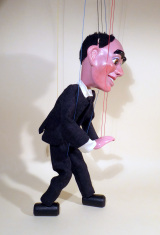 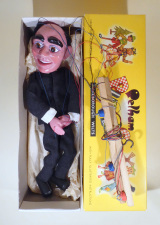 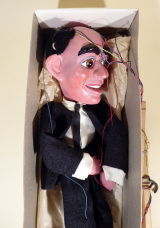 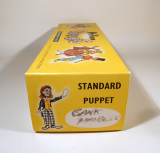 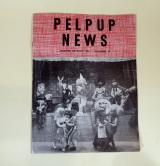 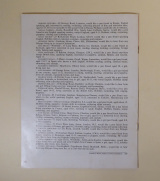 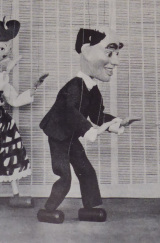 SKU:
£0.00
Unavailable
per item
For Sale by emailed bids. Register your interest by 26th May to imogenparfitt@btinternet.com
Type SL Bank Manager has a solid moulded very heavy head, larger than the ones seen in regular production which became hollow moulded. He has a dark woollen suit, later types might have had a pinstripe suit. The puppet also has lead wraps around his lower legs which were used to weight him down for easier manipulation.
He is in excellent condition, the woollen suit has no damage, it is clean and crisp. The white shirt underneath is from the same material often found on the early 1960's puppets, the cuffs are long. He wears a small black tie, the white collar is good with no yellowing, he has been stored lovingly and carefully.
The head mould has a rough feel to it and it has a blemish which looks to have been painted over in the factory. As he was used for photographs this isn't anything unusual.
He has wooden legs and these have grey lead wraps used to weigh the puppet for easy manipulation. The screw eyes for the large composition hands are still clean and bright.
The face paint is very good, he has the massive eyebrows typical of this character. The synthetic hair is good with no damage, the little strands of hair sticking up at the same point as in the original photographs of him! The shoes show no wear, although we know he was used, at least for the marketing photos.
Strung on the control with original strings which all look good.
The box has Bank Manager handwritten over another name so is probably just the box he was put in as he was not for sale.It is in excellent condition.
The Pelpup News magazine with the photograph of this puppet in, is included in the sale. It is in excellent condition.
Sold out
Add to Cart
A couple of weeks ago we had a large delivery sent to us from the family of a former employee of The Pelham Puppet factory. He worked there from January 1959.
One of the most interesting items to offer to you for sale, is the original prototype Bank Manager created at the factory and used for the publicity photographs. These images are widely recognised as they were used as postcards. We also have the magazine where he is featured, Pelpup News Winter 1965 No 10 to accompany the puppet.
He is standing with the Horror Boy, Mitzi and the Old Lady in the photo shoot. This puppet is that same puppet.

It's always fun to find exciting items with such clear provenance from the past, this puppet can be matched to the original photograph.
As he is an unusual puppet to sell, a value is difficult to ascertain. The Bank Manager is rare in itself and very seldom seen, so we will offer this one by email bids as we did the Type SL Tortoise, simply because we are not sure how much interest there will be.