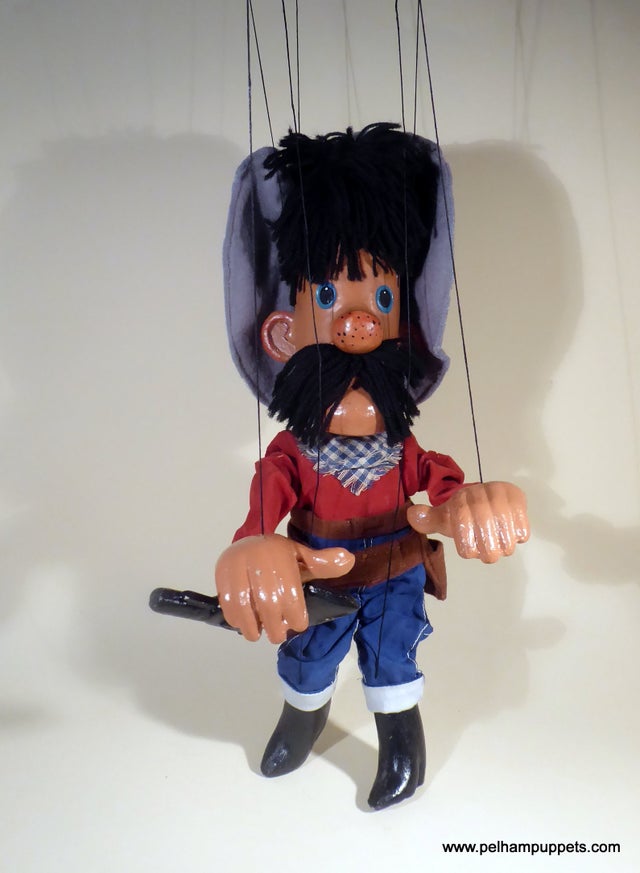 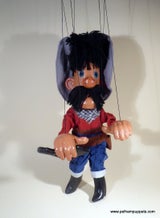 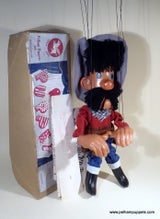 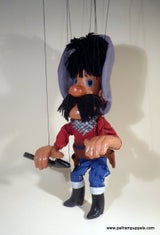 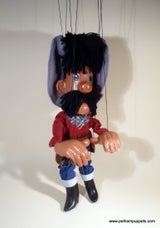 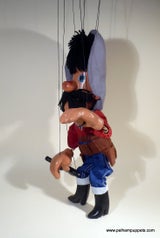 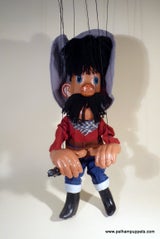 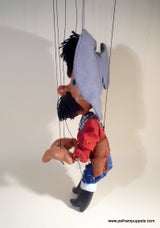 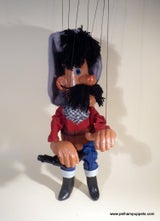 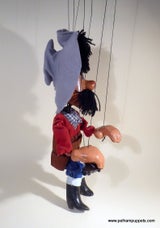 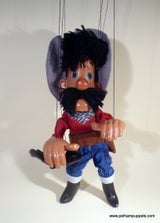 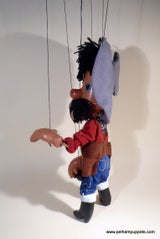 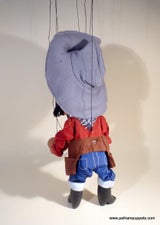 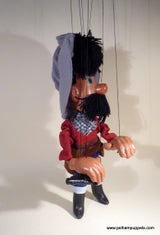 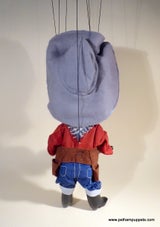 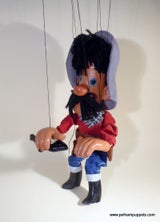 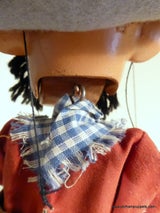 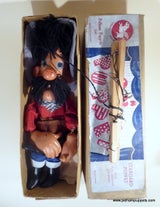 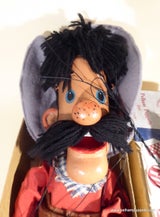 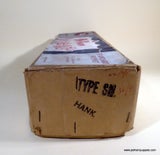 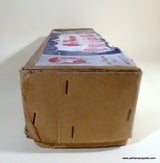 Type SM Hank, the Cowboy is a rare character from the 1950's TV series Whirligig.

He has an opening mouth but is not like any other puppet Pelham made. The mouth string is tied to an eyelet at the top of the control, it passes up through his head. The mouth is usually not seen on display as he has a large moustache covering it! He has white teeth and a red felt tongue which I have shown in an image to show what is usually unseen.

​He has a large composition head and oversized hands.

​This puppet is in very good condition with minor wear.

Often the guns are lost, and this Hank has lost one.

These puppets often have a second string to the hands and guns, but this has only one, the gun can still be placed in the holster though.

Hank wears blue jeans and a suedette material shirt, the same material that was used for an early horse, Muffin the Mule and early versions of Jiminy Cricket. It deteriorates over time.The fabirc hardens and cracks, this one is hard but not too cracked or damaged.

The large composition hands are good.

The felt tongue has no damage. The mouth is supposed to open when the control is tipped forward, it doesn't seem to but it is all working manually and there is no damage. Some evrsions had a single string up through the head but this one doesn't have that mechanism.

The scarf is aged.

The original box is shelf worn. It is stamped correctly one end.