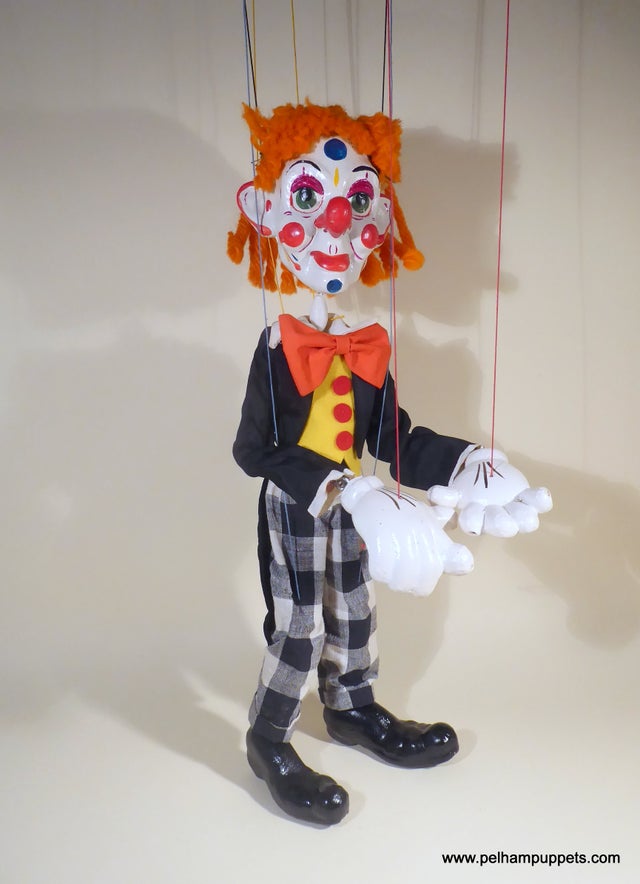 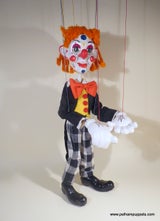 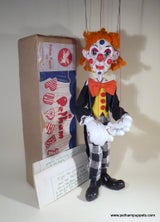 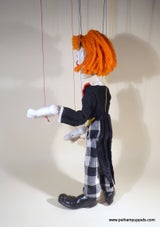 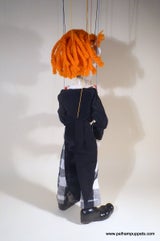 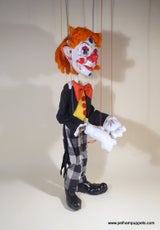 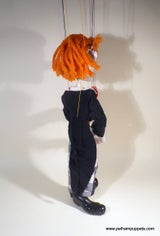 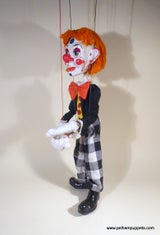 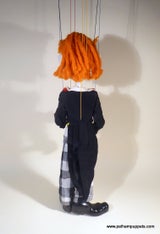 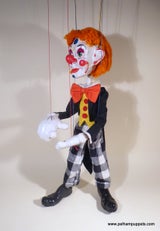 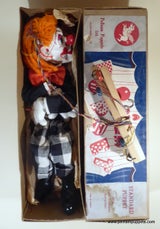 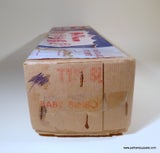 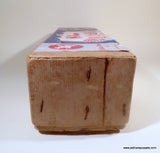 He is in lovely condition all round.

The superb characterful face paint is good, his rope wool hair is good. He has large composition Disney hands and the first style legs, with metal joints.

Clothes are good with no damage, just a little ageing to the white shirt. He wears a large red bow tie.

The bigger checked fabric for the trousers are only found on the first version, later types had a smaller check.

The black coat is made froma silky kind of material and has long tails.

​He has the double neck string for performing tumbles! The neck has an extra white wooden piece which is attached to the head and body with screw eyes.

The wooden piece of dowel is inserted into the hollow head mould at the neck.

Box is correcty stamped and unfortunately the original owner who has sent this to me has put sellotape over the name stamp which when you try to remove it brings off some of the text but not all, so I have left it on!