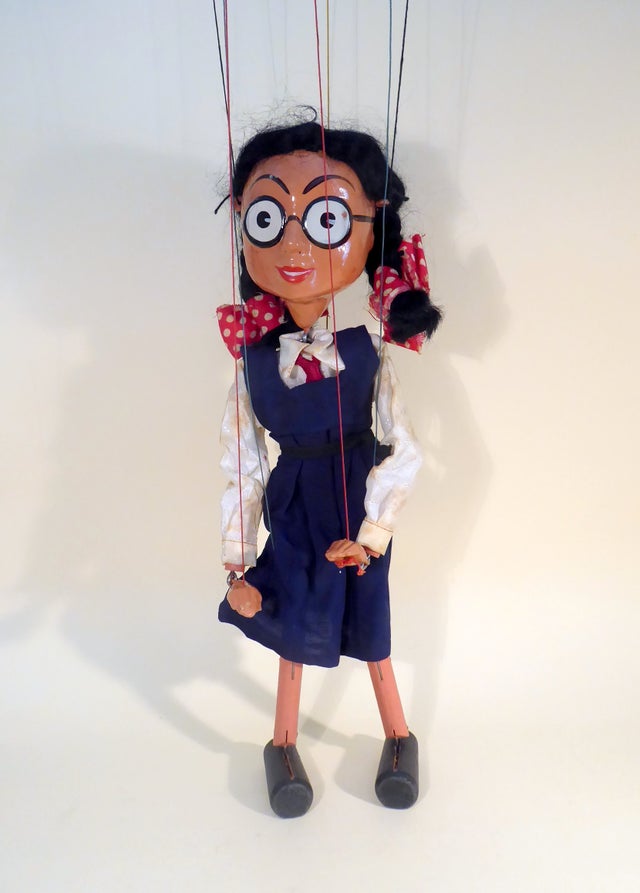 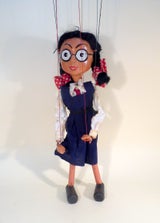 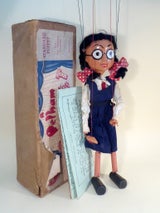 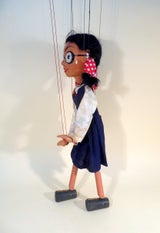 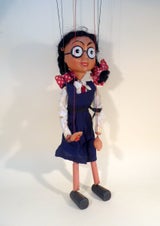 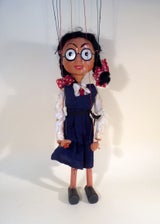 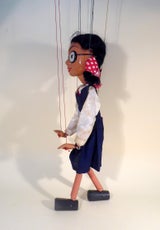 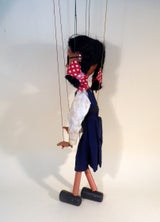 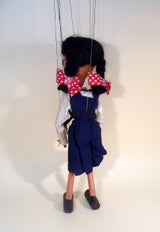 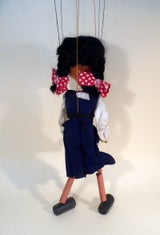 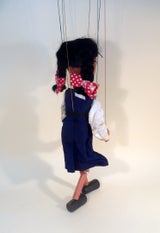 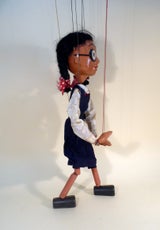 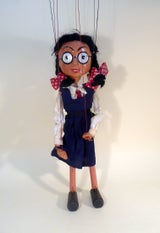 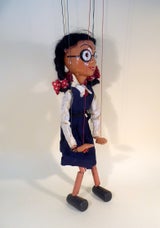 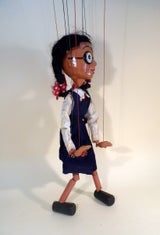 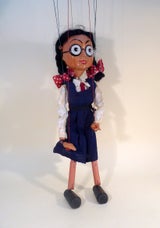 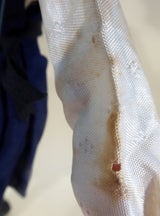 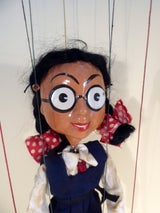 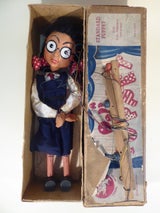 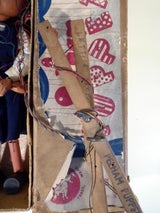 Type SL Lettice Leefe is a character from 'The Girl' comic in the 1950's.

She is in good condition. She still has both big bold spotted ribbons in her hair. If you are lucky enough to find this character, make sure the ribbons are red spotted as she has in her comic strip drawings, if not, they might be replacements.

She has an oversized moulded composition head, the paintwork has some loss on her right eye and left eyebrow. She wears her glazed appearance spectacles.

These heads are extremely prone to cracks, but she is good with no signs of any hairlines appearing.

Her black hair is still styled in plaits and has two large cotton spotted ribbons tying them up.

The school uniform is good, the blouse has yellowed/foxed and aged as seen, on the fold there is a hole. The red school tie is very good.

The navy pinafore has no damage.She wears a black ribbon as a belt around her waist, also with no damage.

She has small composition hands and wooden legs.

She is strung on coloured strings on the second style control with aged coloured buffers.

There is very little signs of rust in general and the screw eyes on the buffers are the same.

The box is stamped correctly and is in very worn condition.

Instructions for the anti-tangle device new control is included.