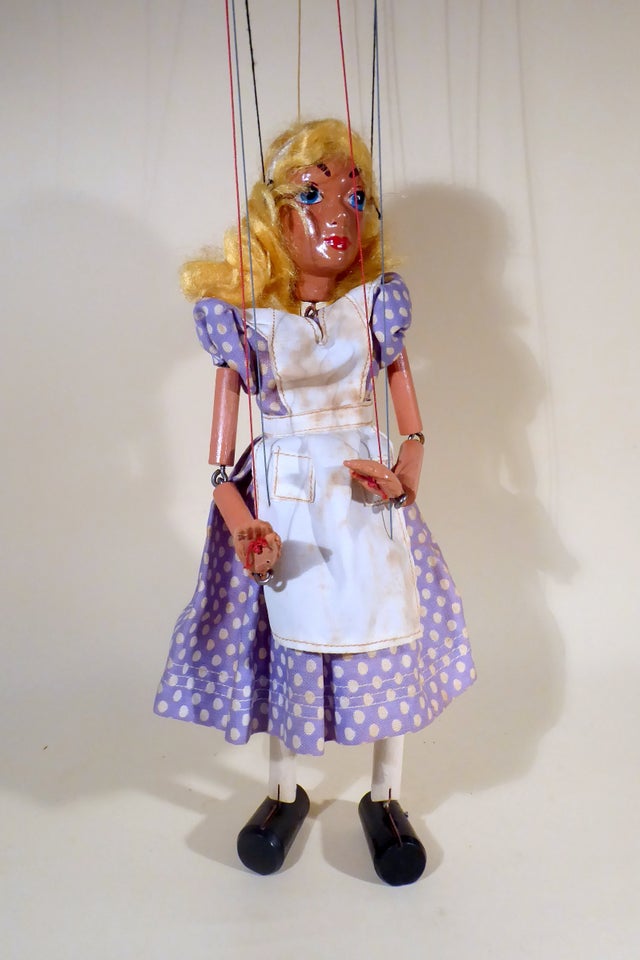 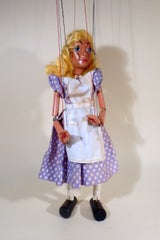 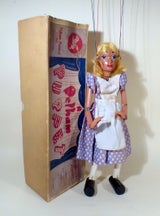 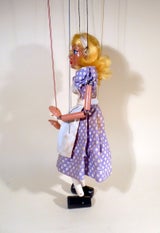 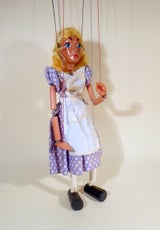 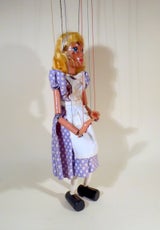 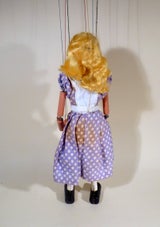 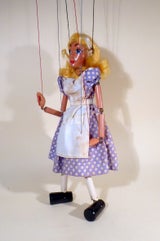 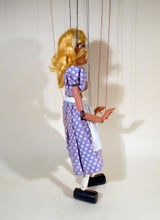 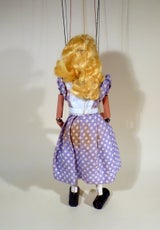 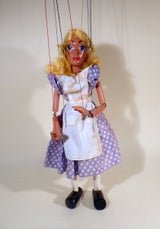 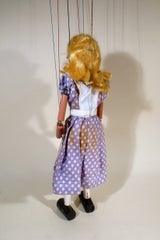 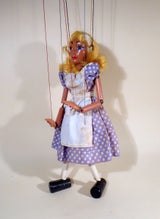 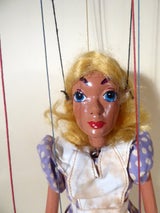 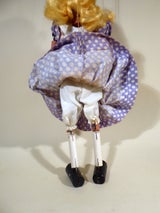 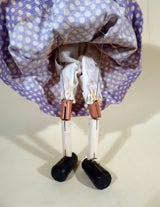 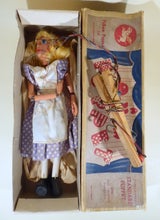 Type SL Alice from the Alice in Wonderland series of sought after puppets.

Alice is the most commonly found of the series and can be found in several different coloured dresses. This is the lilac colour with white apron. This doesn't seem to have faded from blue to lilac but was originally that colour as seen from the folds of the dress. It has however faded from a darker lilac to a paler one in places.

She is in good used condition, the dress has age related wear with yellowing where the wooden body parts have been underneath. The folds are yellowed as seen. There are no holes or moth damage to the dress or apron which is also foxed with ageing.

She wears white bloomers underneath which also have the yellow foxing marks from age.

She has her Alice band still in her hair and her hair is ruffled and scruffy.

The face paint is very good as you can see from the close up image.

She has black painted legs and feet, so is a later edition than the white painted types and these look as if she has very little use.

The puppet is strung on aged coloured strings on the small 1950's 6" control with coloured buffers.

The box she arrived in has a piece of end card missing and has no stamp. The lower part is the type used for the next production type which was white. Please see images.