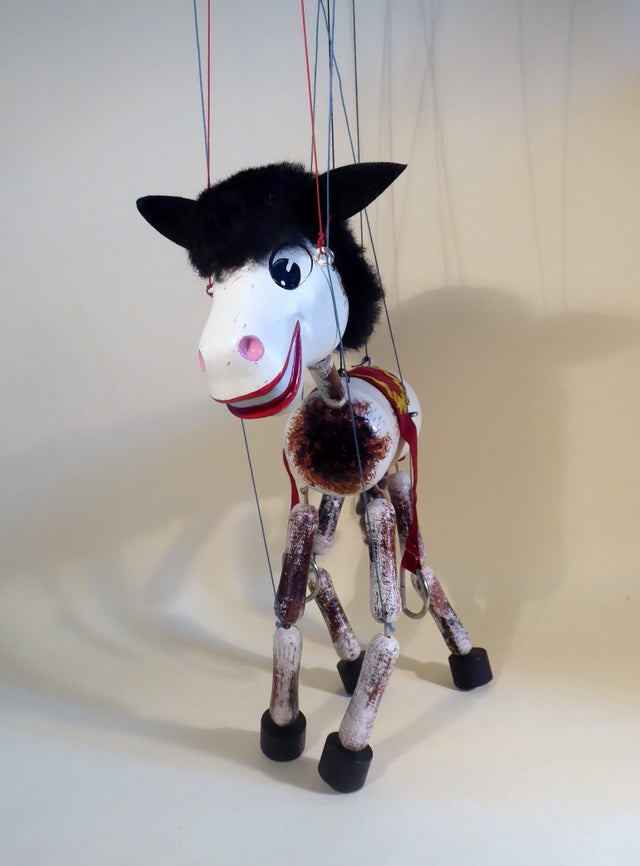 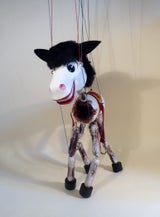 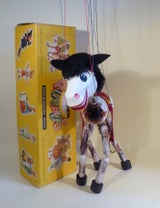 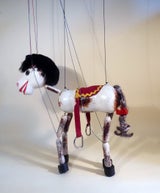 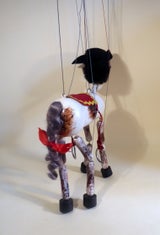 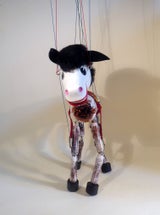 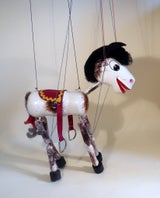 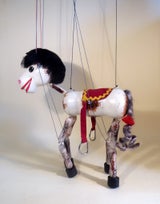 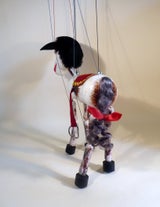 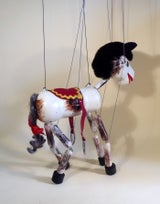 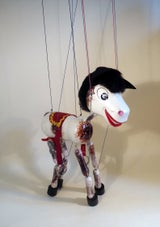 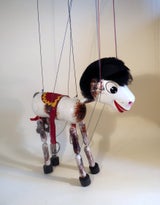 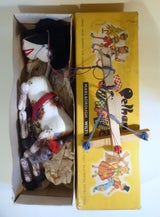 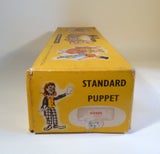 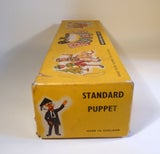 Type A Horse is in well used condition.

He wears a red suedette material saddle, later types were made of a synthetic material.

The red bow is still in his grey tail, both thick felt ears are good. Later tails were black.

The legs are a little floppy due to ageing of the thread, but this can be tightened with an extra knot at the base of the foot if preferred.

The box is in used condition with sticker at the end.