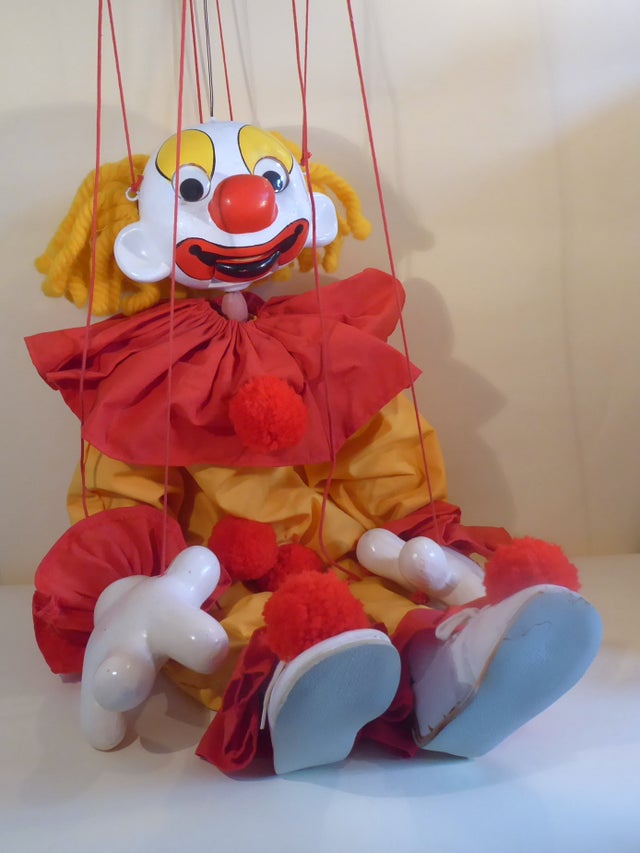 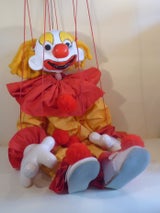 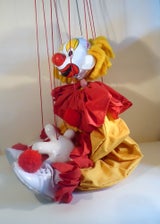 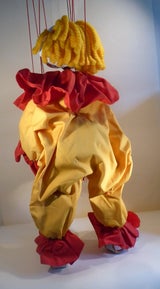 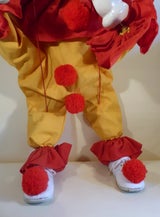 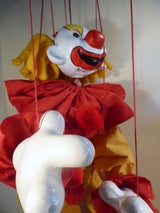 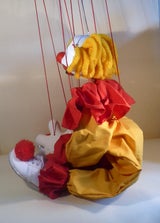 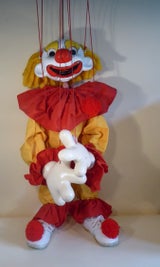 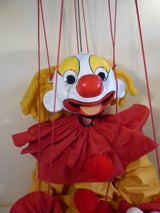 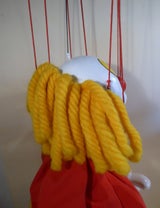 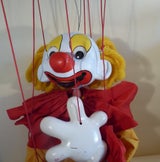 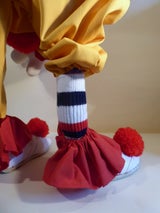 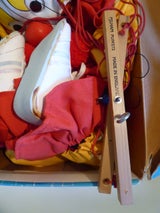 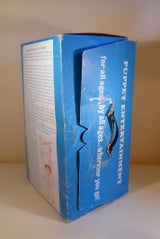 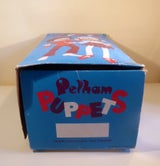 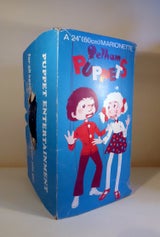 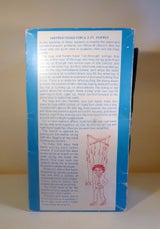 We are happy to have for sale one of the Display Clowns used on the set of Santa Claus The Movie back in 1985. He is seen alongside several others, 9 I think. He is distinct with his costume all yellow with red pompoms.

The owners father worked on the set and she has had it ever since.

He is in immaculate condition, the clothes fresh and with no damage. He has a scuff in the face below his right eye but it is very minor. Both eyes have googly eyes and work well.

The Clown has striped socks and real shoes.

He is strung correctly on the Pelham control and his mouth moves showing his pink felt tongue.

He comes in his original blue box with a blank end.

The Movie is a well known Christmas favourite especially in America, so hopefully this little guy will end up in a home that appreciates him for his history.