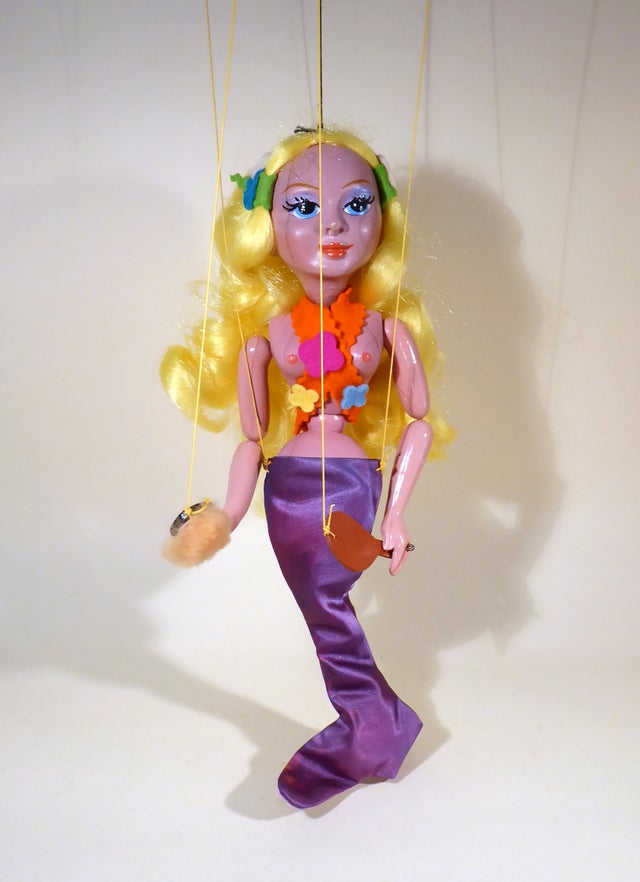 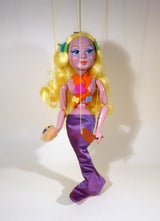 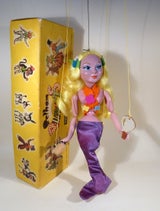 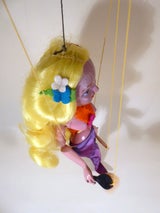 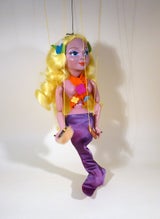 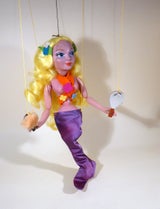 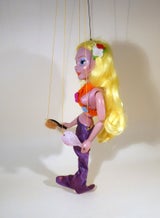 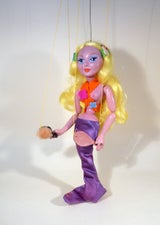 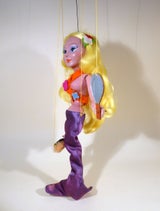 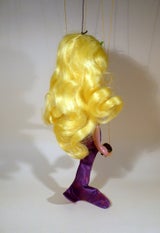 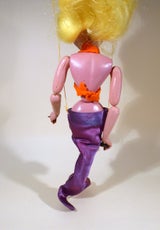 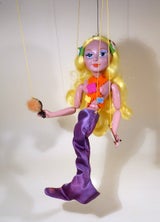 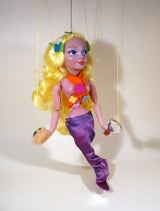 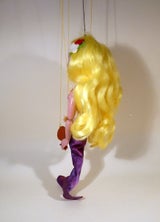 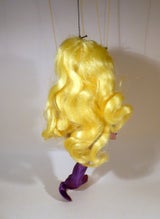 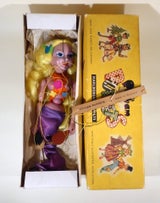 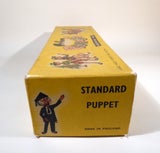 The original owner was given the puppet when she worked at The Mermaid Theatre in London, all the workers at that time were given a Mermaid apparently.

The puppet was then given to her niece who has owned it ever since.

She has seen very little playwear, but the satin tail has faded over the years. The hair is very good and still styled well. All felt pieces are intact. She carries her brush and mirror.

There is a small scuff to the middle finger of the hand holding the brush.

She has a very pretty face, this is the first version, judging by the age the owner was when she was given it.

The box has MM written on one end, this is in the same pen as other markings from the factory, so would be the original name mark.