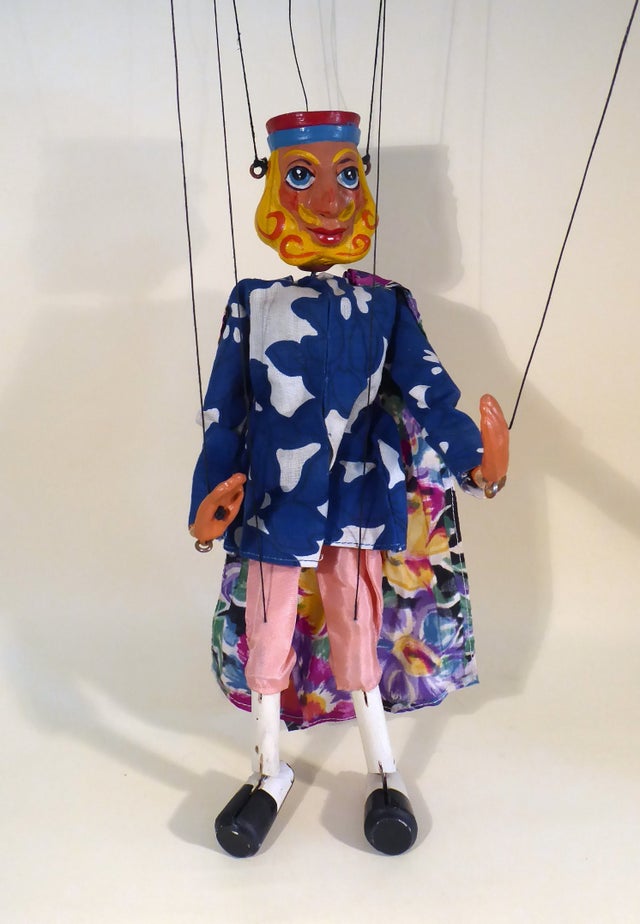 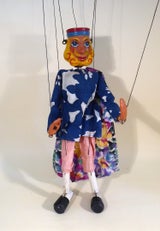 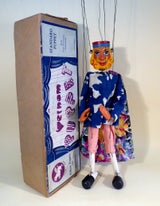 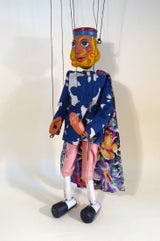 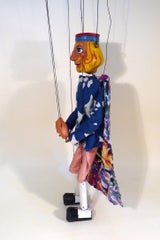 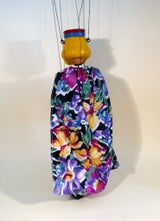 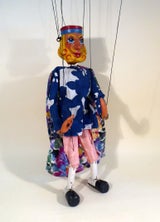 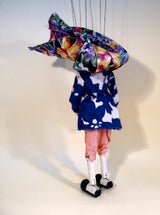 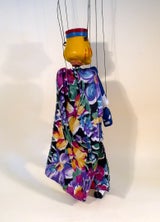 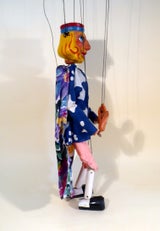 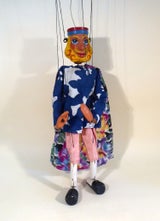 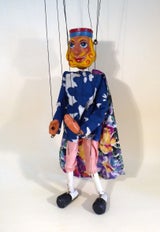 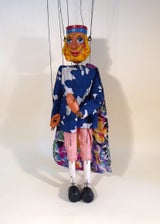 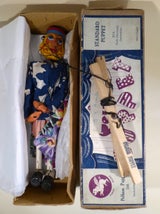 Type SL King from the series of sought after Alice in Wonderland puppets.

The King is in wonderful clean condition.

He looks to have seen very little use. He must have been kept in his box most of his life. The clothes have no fading or visible damage. A couple of small rust spots can be seen on the back of the shoulder and elbow at the screw eye joints.

He wears pink breeches and a top with some padding underneath. He wears a separate fine material brightly patterned cloak.

He has a solid head with moulded blond hair and crown as part of the mould.

The face paint has no damage or rubs. There is some evry light crazing to the blond hair.

The shoes are the two tone black and white.

He has composition hands.

Puppet is boxed in the box he arrived in, this has the name handwritten on tape on the top and at one end. It would probably not have been his original box but the previous owner has added his own labels.

This puppet is shown on Page 161 of Pelham Puppets a Photographic Guide Volume 1 by Paul Coleman. It has since had more than two different owners!

(There is an error on the page which gives him the title of Knave, whereas he is actually the King)