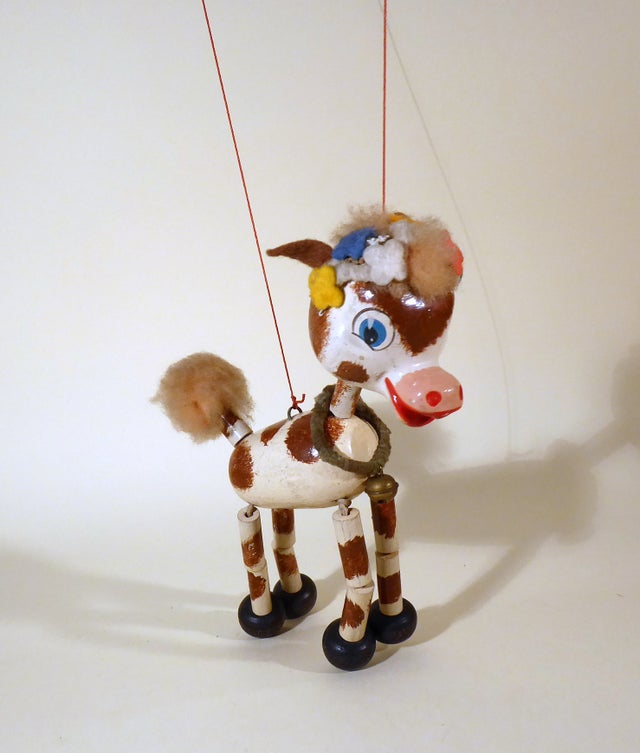 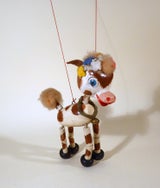 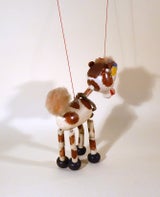 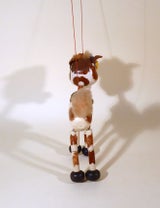 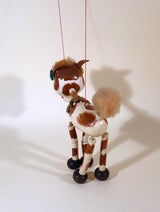 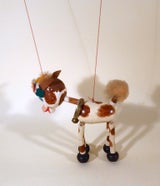 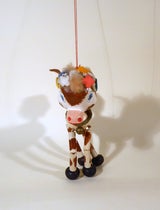 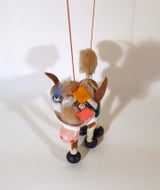 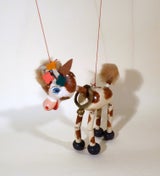 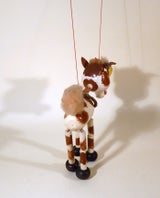 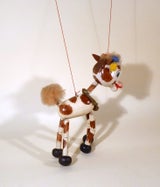 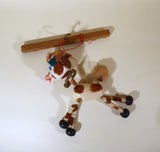 The Calf and Reindeer and Donkey are the rarest Jumpette type animal puppets for small children.

He is in aged and used condition with no major flaws.

He has two red beige felt ears and an aged band of pipecleaner material with felt flowers attached and bell around the neck on another pipecleaner twisted band.

The two stubby horns have paint loss on the top.

The body and head are moulded composition with bamboo limbs and tail.

The puppet is strung on a single bar control with two strings.