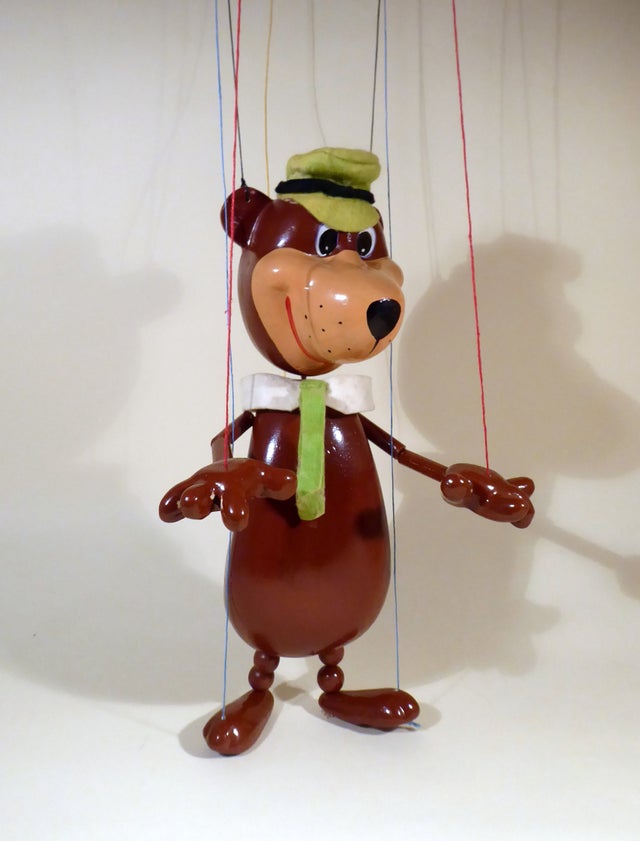 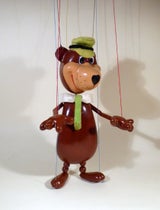 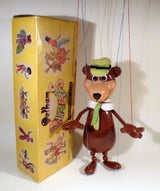 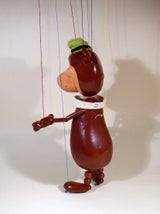 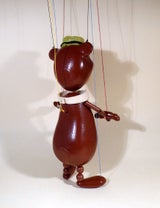 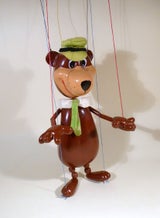 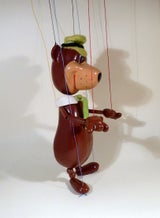 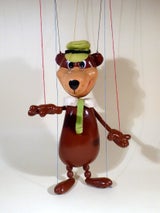 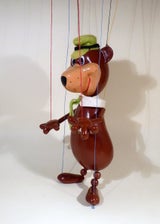 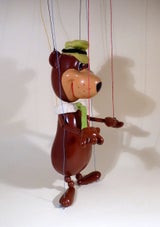 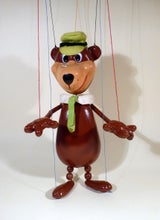 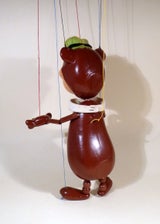 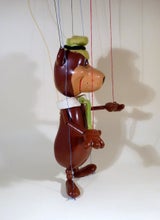 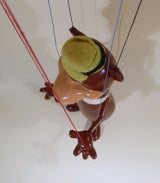 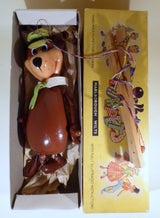 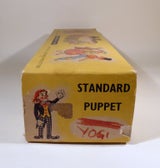 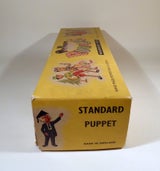 Type SL Yogi one of the three Hanna Barbera characters.

​He is in good used condition.

The green felt hat and tie show ageing with faded felt especially to the top of the hat and front piece of tie.

This is the first version with larger lighter colour green tie and hat band, later version have a thinner darker green tie.

The paintwork is good with just a few minor scuffs seen. There are paint misses between the fingers of the brown painted hands as is often seen.

The box has the incorrect stamp crossed out and Yogi scribbled on the end.

It is in used condition.

Instructions are included with the letter portion removed.