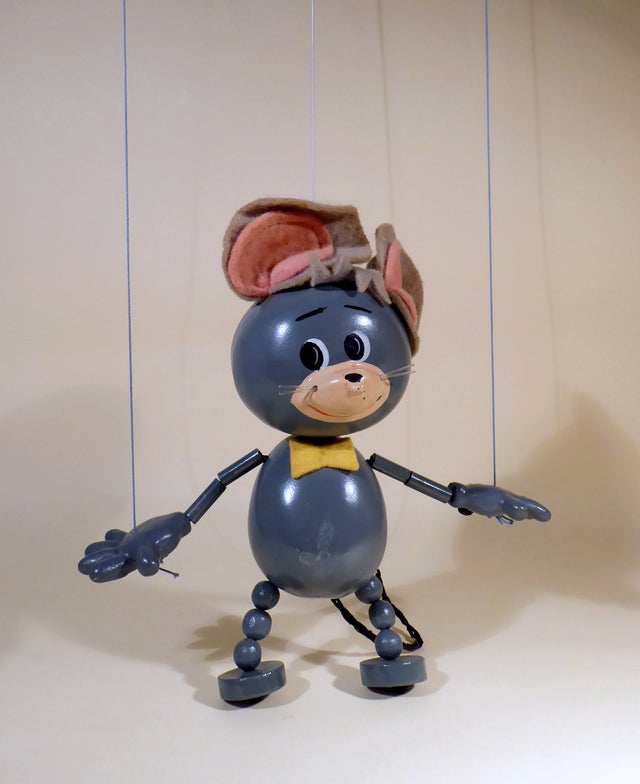 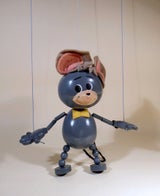 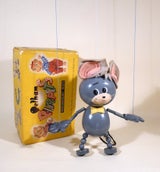 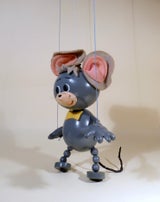 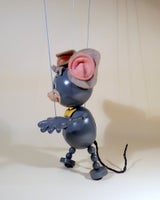 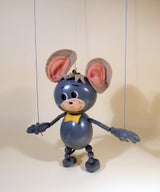 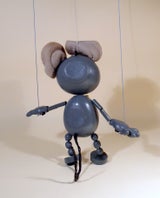 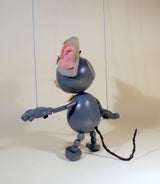 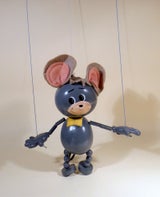 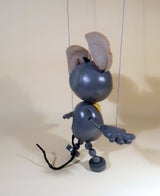 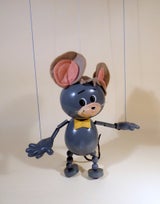 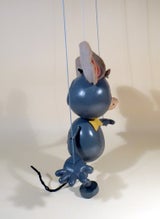 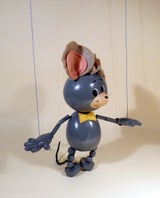 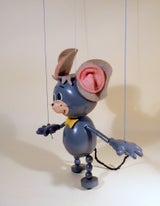 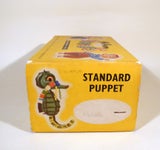 Type Jumpette Pixie one of the rare Hanna Barbera characters of the Huckleberry Hound show in late 1958 to 1960's. Dixie is the other mouse in the series with Huckleberry Hound, Mr Jinks and Yogi Bear. He has larger ears than the typical mouse made by Pelham Puppets and other subtle differences.

Pixie is in used condition to the shop from the original owner.

Pixie has his yellow bow tie, the felt discoloured with age. The two felt ears are a discoloured. He retains both sets of whiskers.

He has elastic to his head and the continuous string to both hands, strung on a single bar control.

His eyes look sideways and the face paintwork is a bit off at an angle!

The box is correctly stamped one end but has lost the copyright sticker the other. (The first versions of Pixie and Dixie were boxed in yellow striped small oblong boxes, later editions were boxed as this one is)

(Not to be confused with the common Mouse)