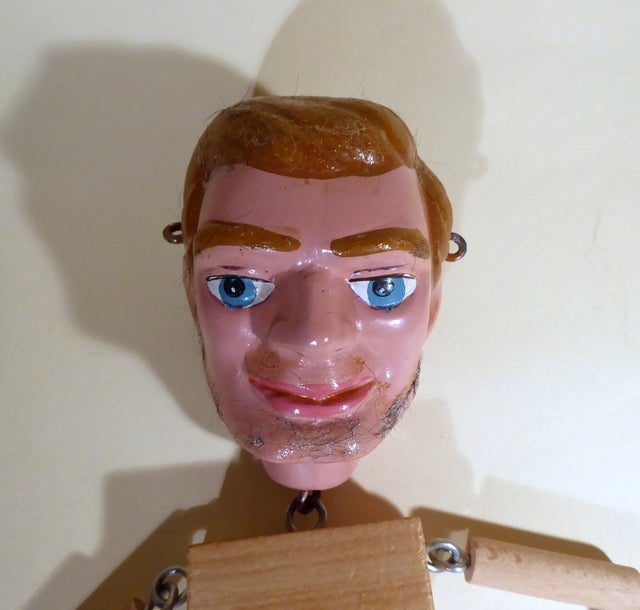 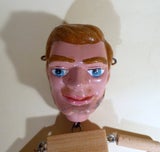 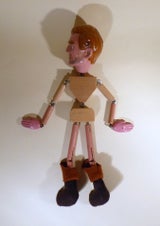 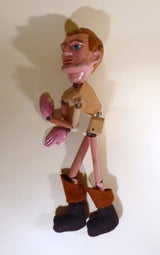 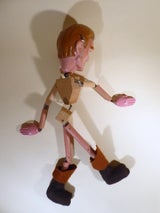 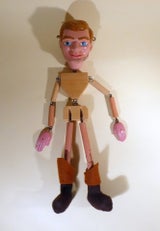 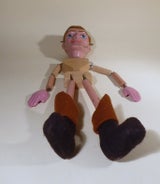 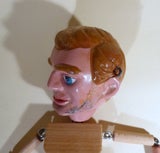 Type SL Steve Zodiac one of the characters from the TV series Fireball XL5 by Gerry Anderson. He is one of the rarest characters.

This puppet has had all the clothes removed apart from the felt boots which are perfect!

The head has no head cracks so it would be a useful part if it can be cleaned up successfully as these are very often cracked.

The body is very good and he has the large composition hands. The felt boots are very good.