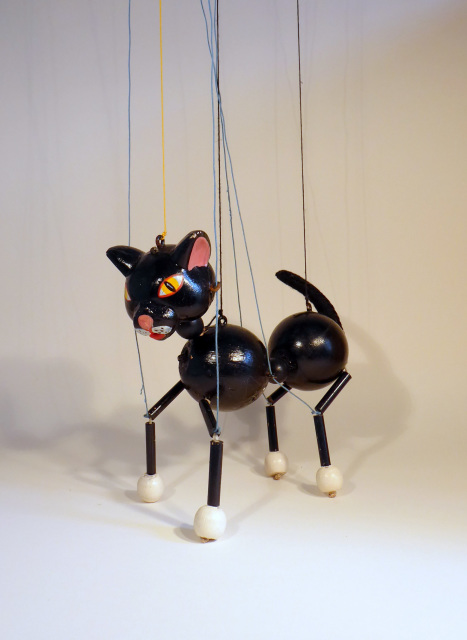 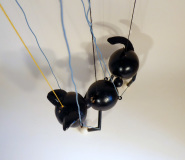 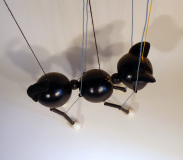 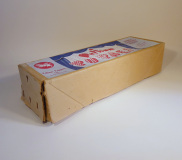 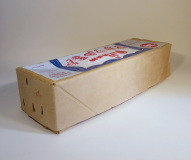 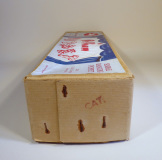 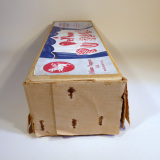 Type LA Cat 1950's early 1950's version of the later Cat, with solid moulded head which weighs heavy. All other parts are made from wooden balls and bamboo limbs. He is in very good condition.

There is some paint loss around the 'joints' and the very minimal loss on bamboo limbs barely visible. The front body has a small hole in the wood where the neck is attached to the body with waxed thread. See images.

He has a rolled felt tail.

​Control is T bar with coloured buffers, the screws are rusted a little.

The correct box is stamped CAT and is in good used condition with a split one end. A set of instructions included with Pelpop letter.